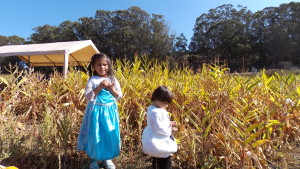 It has been 7 years since I had a full fledged manic episode. It has also been 7 years since I’ve been in a psychiatric hospital. I waited until November to write this post because my last hospitalization began in October 2008, and I did not want to write a post in October about how I have been without a manic episode for 7 years for fear of jinxing myself. Luckily, October has passed and I can proudly say that it has officially been 7 good years without a manic episode. That’s not to say I don’t get the typical Bipolar ups and downs, because I do. The difference, and it’s a big difference, is that I have not been 5150’ed and had to stay against my will in a psychiatric ward.

But let’s not turn this post into the horrors and inadequacies of psychiatric wards lest I scare off readers. Instead, I want to focus on all the progress I have made that has kept me out of those “looney bins” (I gotta poke fun to keep from becoming depressed).

In the past 7 years, I graduated from UC Irvine, got married, had 2 wonderful little girls, worked on and off through my pregnancies, bought a home, and have recently interviewed for my dream job (fingers crossed). So, I haven’t discovered any cures or vaccinations, established peace in any turmoiled countries, or created anything other than arts and crafts. Yet, I feel accomplished because not only have I triumphed over my daily mood swing obstacles, but also over life obstacles. I have succeeded in life when I was told after my diagnosis in 2006 that I would not could not do it.

I would like to make clear that this post is not meant to glorify my accomplishments, but rather shed light on a subject that many fail to address: how can you deal with life issues at the same time that you deal with your mental health issues? It’s simple, really. You take it one day at a time and with lots of support. I cannot emphasize enough how establishing a support network for myself has been my saving grace. From close friends and family, to the internet, including this blog and Twitter. I have found a relief and a sense of belonging amongst fellow Bipolar survivors, and have learned so much from them.

Let’s keep the learning going and pass on your knowledge on how to cope and triumph over your diagnosis!

I have heard this term referred to as Grandiosity, Delusions of Grandeur, and so many other variations, but they all mean and refer to the same thing: an elevated sense of self-esteem, sometimes leading the person to believe they are famous, omnipotent, wealthy, or otherwise very powerful (Wikipedia.org). I have often wondered why this happens, especially since it occurs more often in people with Bipolar Disorder than any other mental diagnosis. And, I have experienced thoughts of grandeur myself, to the point that during each of my two manic episodes, I have believed that I was sent from God to save humanity.

I have done some research on the causes of Grandiosity, as well as asked all of my psychiatrists, but no one has a definitive answer as to why this happens. This may sound odd, but I have even gone so far as to speculate if people back in the Biblical times who claimed to be sent from God suffered from Grandiosity. And if so, they were heralded as saints, not sent to a psychiatric ward and pumped with various meds. To make my point more clear, who’s to say I am not actually sent from God? Who’s to say my thoughts of grandeur during manic episodes aren’t a manifestation of God’s power? And what would have happened if I had lived in Biblical times? Would I be heralded as a savior?

Somehow, I doubt all of this, even as I write it. Why? Because I remember that in my manic episodes I tend to be a violent person when confronted by someone or asked to stop my delusional actions (e.g. trying to heal the sick). And from studies and research, I know that Jesus was a calm and patient person, never quick to aggression like I am during my manic episodes. So, alas, I am not sent from God, I am not here to save humanity, but I am here to get the word out on mental health and staying sane.

There’s a saying in Spanish that goes, “de poetas y locos, todos tenemos un poco.” Translated, it means “of poets and insanity, we all have a little.” And I do believe this is true, but I don’t believe I am sent from God. And if I get an inkling feeling that I am, I know it is time to up my meds and take a nap.

At age 20, I was diagnosed with Bipolar I after a manic episode mixed with psychosis which sent me straight to a psychiatric hospital. Well not really a hospital, rather, a rehabilitation center in Georgia. No, I’m not from Georgia nor have ever lived there, but it just so happens that I was visiting a friend when I went “manic”.

But don’t be alarmed, this is not an account of my (mal) treatment in the rehabilitation center or in the jail I was held for 5 days because of all things, my mania began at the Atlanta airport. No, this is about how I was forced to grow up after my experiences. How I could no longer consider myself just a care free college girl with no worries, but rather, an adult woman with a mental health diagnosis, which was tough, at best.

I could not accept my diagnosis, nor did I want to admit that perhaps I needed help from someone other than myself. As a psychology major I should have known better than to fall prey to stigmatizing myself and my diagnosis, I thought “But I’m not crazy.” How ignorant and little of me to think such a thing.

And after yet another stint in a psychiatric ward in the Bay Area, literally three days after returning from Georgia, I was convinced I had Bipolar I. It wasn’t the psychiatrists who convinced me, nor my arsenal of daily meds that did it. No. It was my mood swings. My constant flow between happy and sad. My to and fro, that’s what convinced me I had Bipolar I, and yes I needed help.

I became my own advocate, then. Seeking help and resources in my community. Standing up for myself whenever necessary and becoming an adult, in a manner of speech. I never thought I would have to grow up so fast and so soon, it was in the summer before my Senior year in college.

I felt as though the Universe had screwed me over, big time. And after wallowing in my self-pity, I got it. I understood. Sometimes it takes a huge life change to make you appreciate life better and make you a better person. It’s life’s way of putting you back in your place and giving you perspective. And wow, did I ever get perspectified! Yes, it’s a new word, I just made it up because I can do that. 🙂

I committed myself for five days at South Coast Medical Center (now Mission Laguna Beach) when I was 47 years old and then attended their partial (out-patient) program for another six months. One thing that negatively impressed me were those people for whom hospitalization was a revolving door: they visited several times and probably have been back since. I resolved not to be one of these, so I made a plan for staying out. I have followed and improved upon that plan ever since. That episode in 2005 was the only time I went in, so far. These are the things that I did:

I faithfully reported to my psychiatrist as we arranged.

I kept every one of my appointments.

Coping with bipolar disorder demanded that I manage the symptoms of my illness. They changed from week to week, at first, so dosages and types of medication needed to be adjusted. My psychiatrist also assured me that things would get better which encouraged me to stick to the treatment.

I had not been honest with her or with my two previous psychiatrists about my condition. I had symptoms such as irritability, paranoia, grandiosity, religiosity, and suicidal ideation — among others — which would have changed my diagnosis. Believing that I could handle these on my own, I kept silent about them. Deep down I did not want my diagnosis to change. I am not sure whether this was due to dread of stigma or the different drugs I would have to take. My anti-depressants were enough, I thought, and through what those didn’t erase, I believed I could boot-strap my way. When the hospital psychiatrist finally presented me with a different take on the strange constellation of indicators that betrayed my bizarre state of mind, I actually felt relief.

One of the first things I did was thank my regular psychiatrist for convincing me to check myself into the psych ward. She had saved my life. And she would do it again.